Skip to content
It is now one year since the mass violence in Delhi, which targeted Muslims, began. I want to share – not an analysis of the progress of the trial, or go through the multiple bail orders which say, repeatedly, that the Delhi police is trying to frame innocents – an account of what I saw, read and felt when it happened.

The protest against CAA-NPR-NRC was in full swing across the country. The Delhi Police had attacked Jamia Millia Islamia University; goons had attacked JNU; and the Uttar Pradesh Police had attacked Aligarh Muslim University and was targeting Muslims across the state. Lone gunmen had found their way to protest sites near Jamia and Shaheen Bagh (but were released on bail soon after being picked up). The BJP made the Shaheen Bagh protest the focal point of its Delhi Assembly election campaign. Delhi was flooded with hate speech. Former BJP MLA Kapil Mishra issued incendiary slogans, labelled the result of the Delhi Assembly elections as equal to an India-Pakistan contest, and much more. The results still went overwhelmingly against the BJP. About two weeks later, targeted violence against Muslims in Muslim-dominated areas, began.

Soon after the violence broke out, I received a distress call from a friend. The doctors at the only hospital in the area needed medicines, could I help? I found the medicines and found people to drop them to the hospital which was in the thick of the violence. The road to the hospital was blocked by goons. The police stood by and watched. The medicines did not reach the hospital that night. I called the doctor at that hospital to tell him this – and he broke down over the phone. 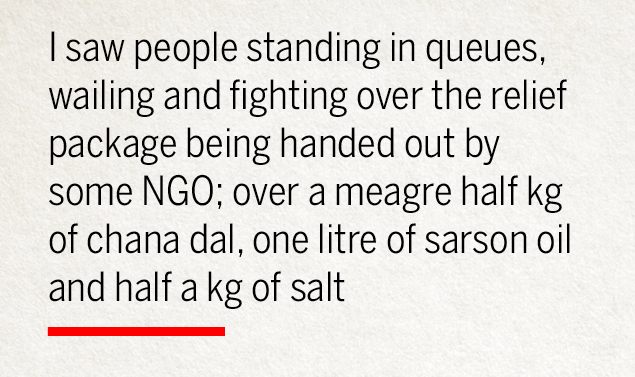 At a young age, I was deeply influenced by people in my family who strongly believed that a plural, secular India must be valued and must be defended. Whenever I read about a riot in any part of the country, I asked myself — what would I do if a riot broke out near me?

My uncle had pulled out Sikhs from their burning homes in 1984, and he and my grandparents had hidden them in their house. My grandparents had witnessed the violence around Partition, lost loved ones to Muslim mobs in Pakistan, and yet had always taught me that hatred is the enemy, not religion x or religion y. That hatred consumes everything in its path so fight against hatred and fight for harmony.

But when the riots came to the city I had always lived in, I found that I was a coward. I did not go to the riot-affected area. I was heartbroken, but scared. I later consoled myself with a cowardly thought that maybe I would have gone if a friend or family was in the area. I hope I never find the answer to whether I would’ve or not. 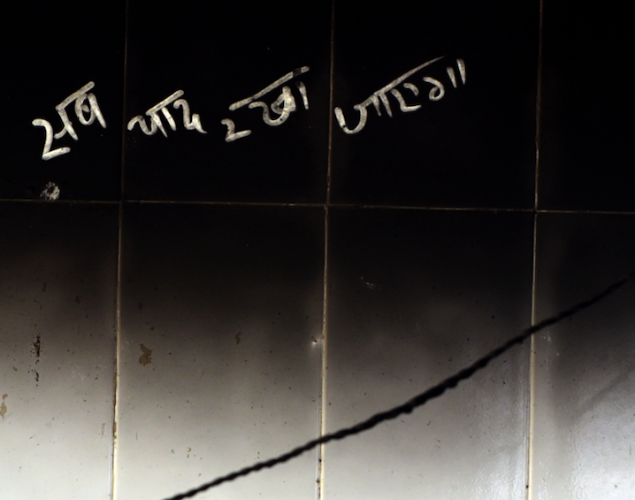 I visited the residential colonies a few days after the violence had stopped. In an attempt to soothe my conscience, I decided to raise funds for the survivors. During my first visit to Maujpur, I found countless people on the roads at a camp away from the actual place where the riot had happened. I realised I had underestimated the scale of the violence: While the official number of dead was less than 100, thousands had been displaced from their homes, and their homes had been looted and torched. During my visit, most people I met had only one thing to say – please tell our stories; so many journalists come here to talk to us, but they don’t relay our version or speak about our condition at all; please tell our truth to the world.

They repeatedly argued that what happened wasn’t a riot. That if it was a riot how is it that while mosques were burnt down, the temples remained untouched? They pointed me to the rare Hindu house in a row of Muslim houses to indicate that while the Muslim houses had been burnt down, the Hindu house had remained intact. “When the police came, we thought we were saved and we came out of our houses. To our horror, we realised that the police had joined the rioters,” was another account narrated to me. When I was leaving Maujpur, a man walked up to me and said, “Sir, do you know that even when someone is beheaded, the eyes keep blinking for a while? I saw this when I saw a neighbour who suffered this fate.” For weeks after, the survivors received zero assistance from the government. 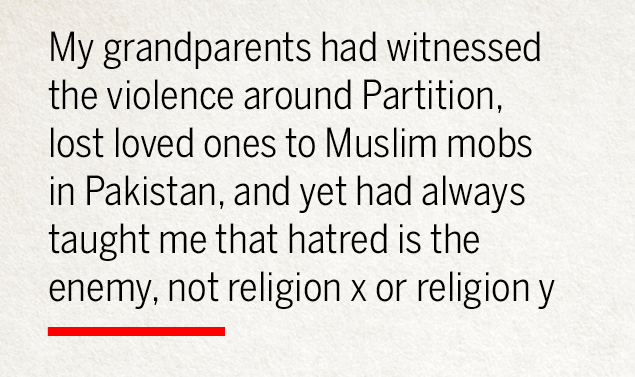 My second visit was to Khureji Khas. When I finally reached my destination, I saw a sea of burnt houses, stretching to as far as the eye could see. The first ridiculous sentence that formed in my head was that a scene like this doesn’t seem this real even in the movies. I saw people standing in queues, wailing and fighting over the relief package being handed out by some NGO; over a meagre half kg of chana dal, one litre of sarson oil and half a kg of salt. These were either poor people or lower middle class/middle class. Before their lives were devastated, they could certainly afford more than this. I saw rows of people with all their belongings on their heads, walking towards the nearest bus station. A man approached me saying that orthopaedic doctors were needed. Why, I asked. The answer was that many people had jumped from their roofs and broken their legs or knees. I left in less than 30 minutes. What I saw deprived me of sleep for days, after which I had to approach a doctor and get sleeping pills. Needless to say, there were also stories of exceptional courage – a Hindu man who saved his neighbours from a burning house and died in the process.

While leaving, I saw a child, aged either five or six, sitting in the middle of the main road.
Aapka ghar kahan hai? (where is your home) I asked him. His response –
jal gaya (It was burnt down).

(Disclaimer: The views expressed here are the author’s own)