NEW DELHI: Even as States are drafting their suggestions on Class XII exams to be sent to the ministry of education (MoE), according to sources, majority of them have chosen the option of conducting a truncated test for 19 “major subjects”. A few did stress on the need to vaccinate students and teachers before the exams. Meanwhile, over 300 students wrote a letter to the Chief Justice of India to quash physical conduct of examinations.

Following a high-level meeting on Sunday, chaired by defence minister Rajnath Singh, the MoE had asked the States/ UTs to submit detailed suggestions by Tuesday on the two proposals mooted by the CBSE for conducting the Board exams.

The CBSE has proposed two options – conducting regular exams for 19 major subjects at notified centres or conducting shorter duration objective type exams at respective schools where students are enrolled between July 15-August 26 and the result to be declared in September. 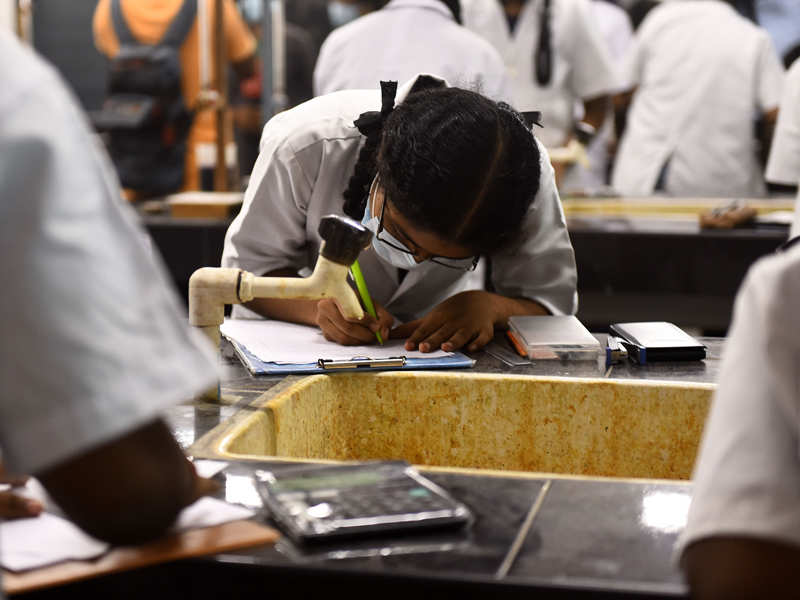 The Central Board of Secondary Education (CBSE) on Sunday suggested two options for conducting the Class 12 board examinations amid the Covid pandemic during a high-level virtual meeting. The first option is to hold regular exams for only the major 19 subjects at notified centres. While the second option is to hold 90-min exams at the school where students are already enrolled.

Even as the hashtag “cancelboardexams” continued to trend on Twitter, over 300 students wrote a letter to Chief Justice of India, NV Ramana to quash the proposal regarding physical conduct of examination and provide for an alternative assessment scheme similar to last year.

To hold Class 12 Boards or not? Educationists split wide open

Many states said they would study proposals put forward by the CBSE, which include a reduced number of papers with shortened exam time duration. Some states like Maharashtra said “non-examination route” be actively examined while Delhi and Kerala governments suggested vaccinating all Class 12 students before exams.

A senior MoE official said: “General consensus based on the feedback received so far is that the exams should be conducted. As stated by the education minister a decision will be announced by June 1.”

While the Delhi government has reiterated its stand of “vaccination or cancellation,” the state is in favour of option B, Maharashtra education minister has said that the state is still in favour of the “non examination route.”

The Punjab government has also chosen the second option, however, reiterated that the students need to be vaccinated before exams. Himachal Pradesh, Kerala, Bihar, Karnataka are among the states which have also advocated the second option.

A large section of students and parents have been demanding the cancellation of exams.

“In view of the unprecedented health crisis, it will be a disastrous decision in case students are made to appear physically in the examination. The students are ready to be evaluated in any other mode including online exams or alternative evaluation. The Supreme Court may take suo motu cognisance and quash the decision to hold physical examination in the middle of a raging crisis,” the letter sent by students to the Chief Justice read.

The CBSE exams were scheduled to be conducted in May-June instead of the conventional February-March and were postponed in view of the second wave of COVID-19 pandemic in April 2021. The CBSE has already cancelled class 10 board exams and announced an alternative marking policy.